Through a grant from the Humanitarian Innovation Fund (HIF), MSR Global Health is developing an exciting water treatment system to bring safe water to households in the developing world. After developing early prototypes, our team sent the treatment system to aid workers for feedback. The following is a look at how we developed the system, the feedback received, and next steps for success.

This is the fourth and final story in a series of updates on MSR’s household water treatment series. For additional history on this project:

A Simple, Effective Solution for the Developing World

According to the World Health Organization, diarrheal diseases take the lives of more than half a million children around the world each year, making it the second leading cause of death in children under five. Simply improving access to safe drinking water could reduce these deaths.

While the challenge may seem straightforward, the reality of developing one solution for the world’s varied environments is quite challenging. Previous attempts to create a single water treatment solution that meets the needs of varied environments have either failed to meet affordability requirements, don’t treat an adequate amount of water, or are not effective against all pathogens. 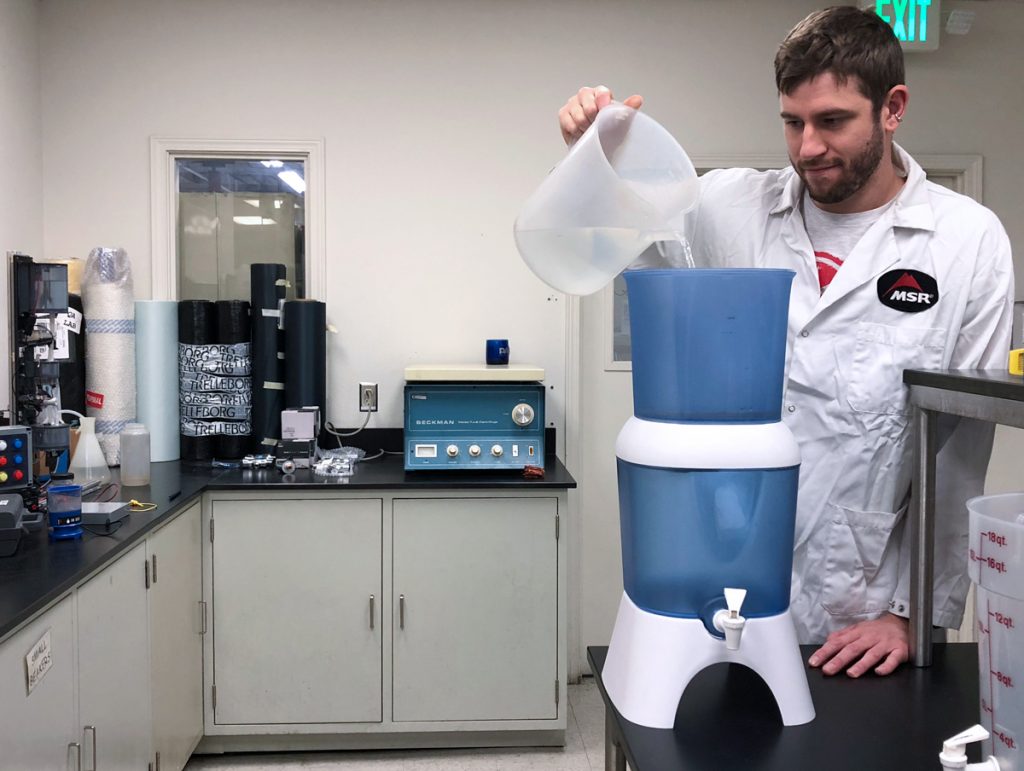 The MSR Global Health team set out to tackle the issue head-on. Our solution became a next-generation household drinking water treatment system (HWTS) for the developing world that would address all these issues. It has since received a Humanitarian Innovation Fund grant to forward its progress.

MSR’s HWTS consists of two stacked reservoirs separated by a two-stage filter. A hybrid of two technologies, the two-stage filter combines ceramic filtration and chlorine treatment—ceramic for filtering out parasites, bacteria and particulate; and chlorine for eliminating viruses.

After passing through the ceramic filter, the water is channeled into a cartridge containing a chlorine tablet, which doses the water to eliminate viruses (which are too small for filters to remove). The chlorine tablet dissolves over time, and an automatic shutoff feature alerts the user when the chlorine tablet has completely dissolved and requires replacement. 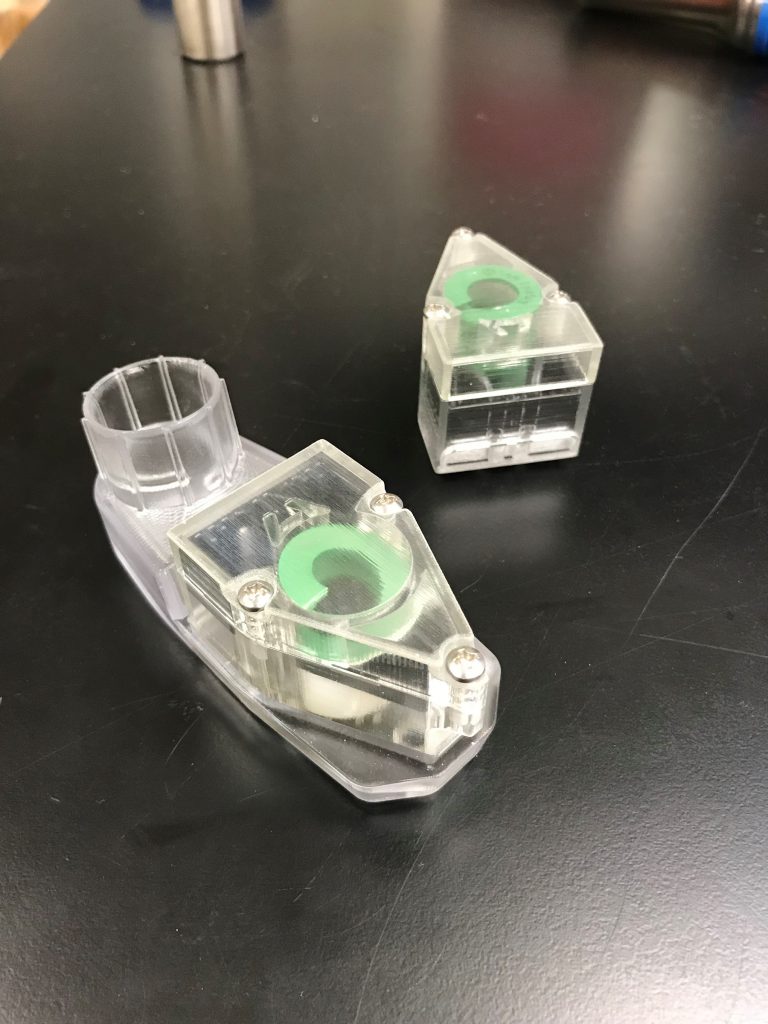 After manufacturing a small batch of HWTS prototypes, the MSR Global Health team distributed the devices to aid workers in targeted areas to gather feedback on a range of system attributes. This real-world feedback provided valuable insight on the HWTS’s design and function.

For example, aid workers shared that users were not confident that they assembled the system correctly, suggesting that additional training or instruction is necessary to improve user confidence in the system.

Next Steps for the Household Water Treatment System

The MSR Global Health team has already made updates to the current prototype with this feedback. The team is also making updates on the chlorine dosing system to ensure consistent levels are produced over the many months of the system’s use. 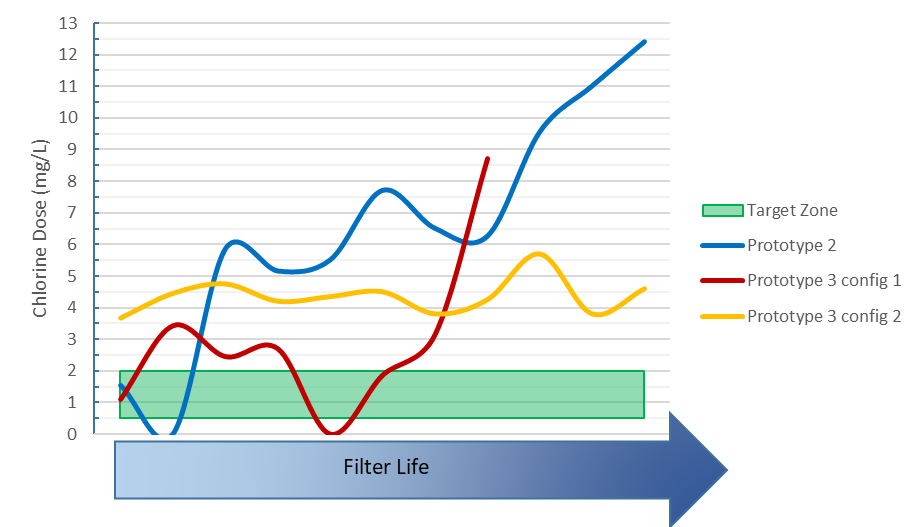 The target for consistent chlorine dosing is between 0.5 and 2.0ppm of free available chlorine. Earlier prototypes were achieving this target range early in the filter’s life, but would gradually increase dosage to levels as high as 12.5ppm. At 12.5ppm, the chlorine concentration is more noticeable to the user, reducing the likelihood that they’ll enjoy drinking it and adopt the device.

Advancements in later prototypes have drastically improved performance, maintaining consistent levels of chlorine that are closer to the target dose range. Still, additional work is needed to further decrease the chlorine concentration.

After prototype validation is complete, field trials will be conducted on the Household Water Treatment System for final collection of user feedback. Continued updates on the system as it progresses will be available on the MSR Global Health blog at www.msrglobalhealth.com.