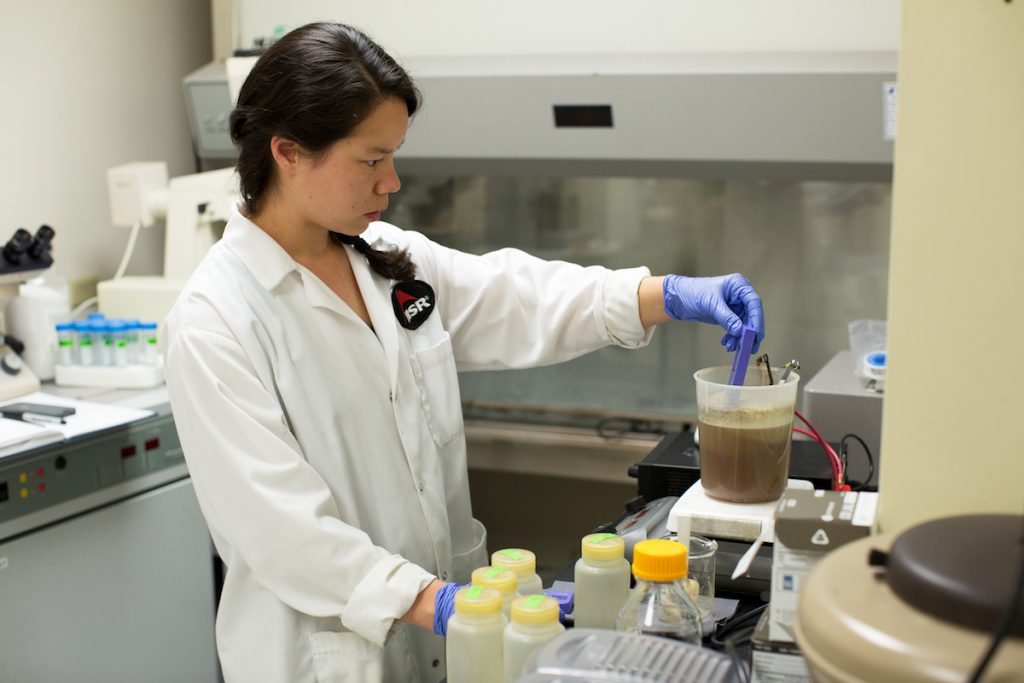 Imagine having no safe and sanitary place to, well… go. For many of us, it’s easy to take the toilet for granted. But today, 2.5 billion people worldwide still practice open defecation or lack access to sanitary facilities. And when human waste enters the same water supplies used for drinking and bathing, deadly diseases spread rapidly.

In 2011, the Bill & Melinda Gates Foundation decided to tackle this unglamorous issue head-on by working with partners to improve the management of human waste around the world. They addressed the issue from three different aspects: 1.) revolutionizing the toilet, 2.) the sanitary emptying of pit latrines and septic tanks, and 3.) proper treatment of that removed waste. MSR’s R&D team has been involved in all three efforts. Let’s take a closer look at how:

To curb the spread of human waste in the environment, the Gates Foundation determined that those who don’t have toilets should, well, have them. But the flush toilet as we know it requires a massive amount of infrastructure and a lot of water—two things not readily available in developing nations. So instead, the foundation challenged inventors around the globe to design the toilet of the future.

Their Reinvent the Toilet Challenge seeks a solution that’s as attractive as the flush toilet, but is practical for low-resource countries. That is, it must be cheap, operate without connections to water, sewer or electrical lines, and produce its own energy. Most importantly, this toilet solution must be inviting to those who culturally aren’t accustomed to sitting in a tightly enclosed (and smelly) structure to do their duty. Thus, says Zac Gleason of MSR’s water lab, “It can’t smell bad.”

It’s a tall order, but bringing sustainable sanitation to those who need it is critical to healthy communities, helping to save lives and increase productivity. In addition, a toilet offers a measure of safety for women and girls, who are vulnerable when they must go off alone. 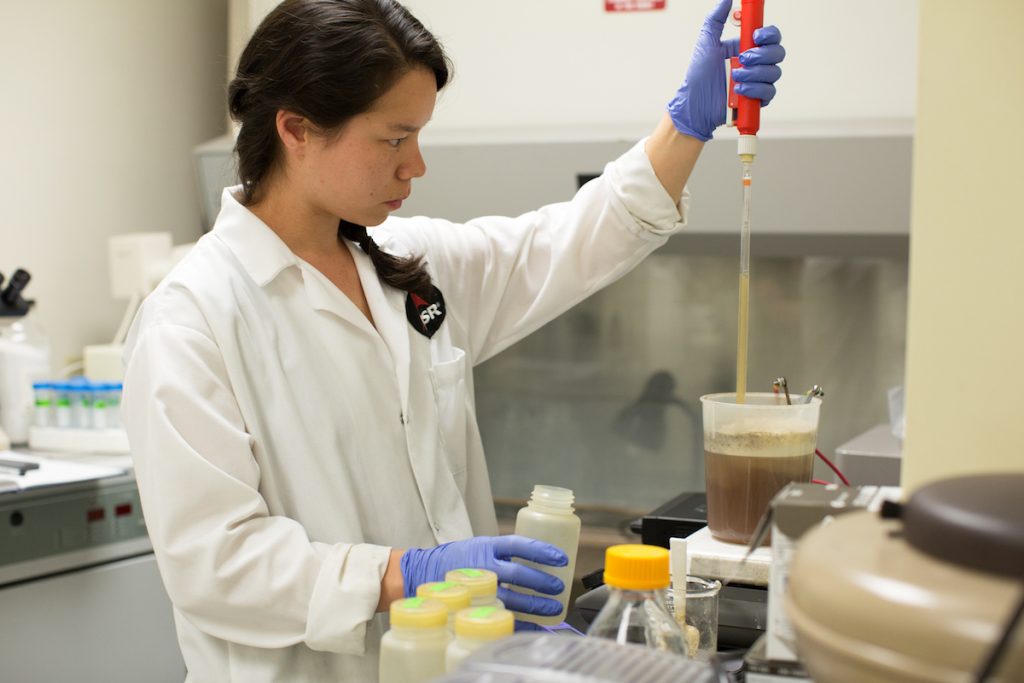 As many brilliant toilet ideas enter the prototype stage, MSR’s R&D team has been testing and evaluating some of those prototypes for functionality, durability and efficacy, among other things. Working at a deep level on these very intricate designs, our team is tasked with isolating particular aspects and testing specific attributes for hard data. “It’s been a very complex, multi-faceted challenge,” says Zac. In doing so, they’ve helped strengthen these early-stage futuristic designs. The team also offers water treatment, engineering and manufacturing expertise. “We’re solution-based not research-based, so we bring a practical perspective to it all,” Zac says. 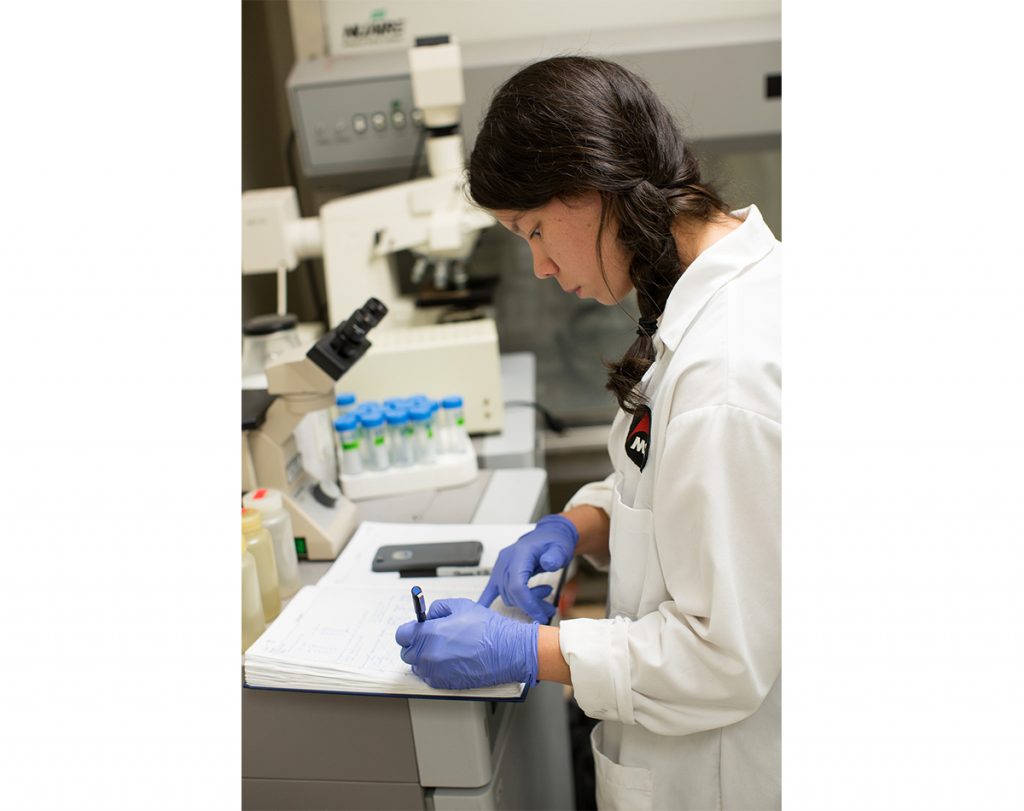 The Gates Foundation recognizes that no matter how good the toilet solutions are, however, they aren’t likely to eliminate pit latrines or vault toilets altogether. Because of this, the foundation is working on a more sanitary way to empty those pits. That’s where the idea for a Fecal Sludge “Omni Ingestor” comes in. “The concept is a giant truck that empties the latrine pits and septic tanks fast and won’t be hindered by all the trash that people also put down the holes,” Zac says.

In addition to emptying the pits, the truck would treat the liquid waste on site, allowing most of that liquid to be safely used, for example, as liquid fertilizer. The remaining solids and “heavies” would be sterilized separately. Eliminating the liquid also creates more room in the truck and reduces its weight so that it can service more pits before returning to a station to be emptied—thus making pit extraction a viable business enterprise.

MSR’s product development teams are building a device that would sterilize the “heavies”—like trash, glass and other solid materials. Called an electrochlorinator, it uses electrolysis to turn a water-and-salt solution into chlorine. Placed in the truck, the device would provide a bath of chlorine to sterilize the heavies after they’re separated. Right now there’s a beta prototype. When the foundation is ready, the device will be tested in the field.

In addition, our microbiology lab is analyzing the efficacy of different methods for treating the liquid waste—identifying which would render it free of disease-causing microorganisms. Because our lab grows its own bacteria and viruses, we can thoroughly test the concepts in real time. This allows us to compare options and drive their development with data. 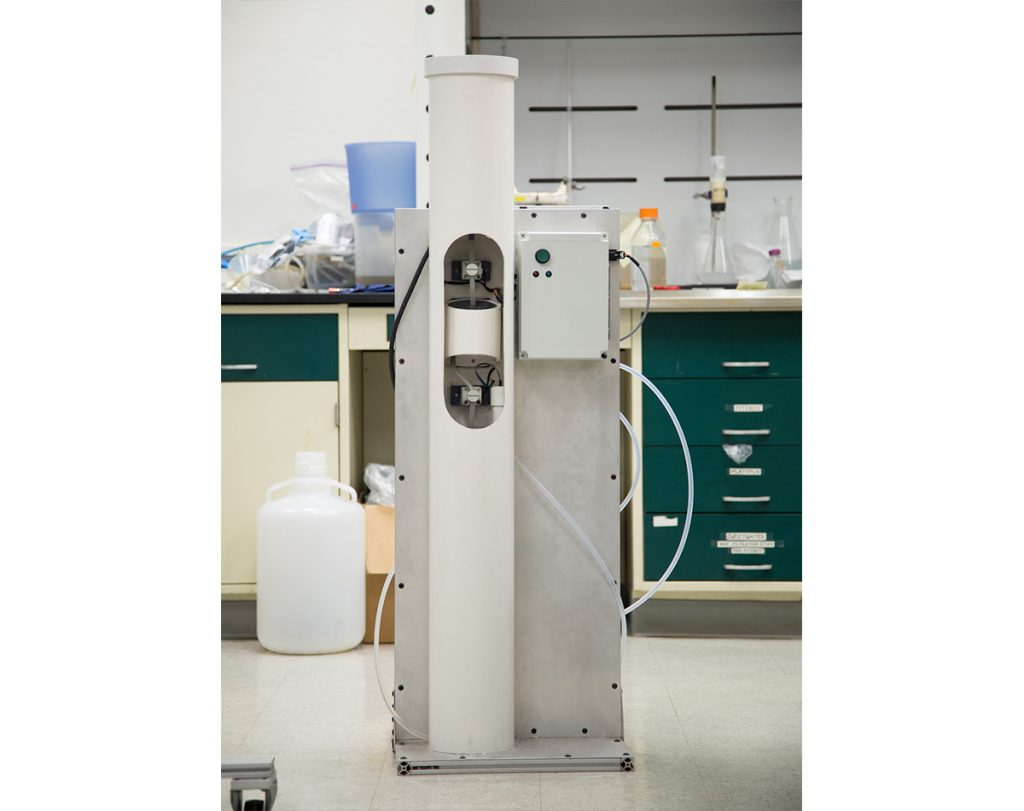 Proper Treatment of the Waste

Finally, the foundation believes all this human waste shouldn’t go to waste. They hope it can be converted into forms of energy or solid fertilizers, thus offsetting the costs of collecting it, and improving the standard of living.

But first the waste must be treated for pathogens it might contain. The foundation has challenged a number of parties to find a low-cost, sustainable way to do this. MSR is one of them.

MSR is researching the use of ferrate, a powerful iron-based oxidant, which kills microbes similarly to chlorine but with more intensity and less risk from the byproducts. The ferrate would treat the liquid waste (urine contaminated with feces) that the Omni Ingestor or toilets collect and render the liquid useable as fertilizer or safe to be discharged or recycled. The MSR team conducted a great deal of ferrate treatment research. They’ve also analyzed how much ferrate it would take to sterilize a given amount of various liquid wastes.

In a side project for the foundation, MSR is working with Chemical Engineering Consultants and a grad student to develop a low-cost ferrate generator. Because ferrate has a very short shelf life when it’s in the state needed to kill microbes, an on-demand production supply is hugely advantageous. Using the live microbes in MSR’s lab, the team can test the capabilities of the generator prototypes and suggest engineering improvements. 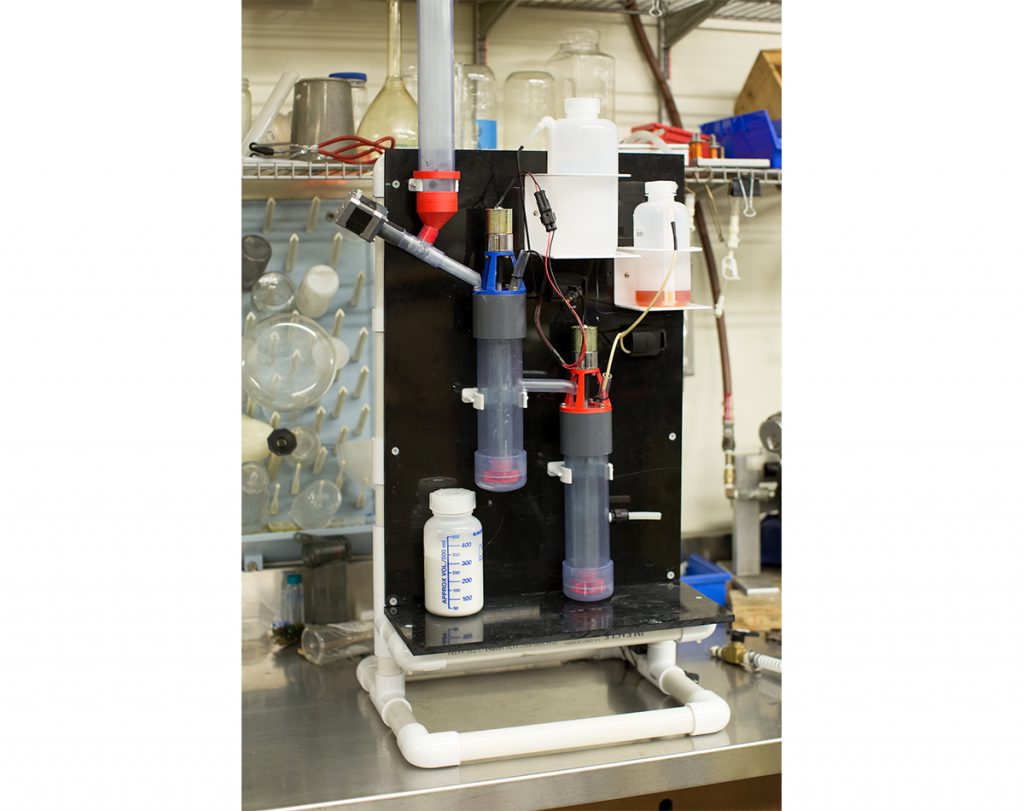 Beyond these assignments, MSR is developing a toilet solution of its own. MSR employees from all departments have contributed to the effort just by doing what they’d naturally do every day. “We put receptacles in the restrooms for donations,” Zac quips.

Their device creates oxidants right inside the toilet to treat the liquid waste. Each of the reactants come straight from the user’s urine. The MSR team is using what they learned in designing the Community Chlorine Maker to build a smart system that adjusts for changes in the liquid waste, which vary with people’s hydration levels and eating habits. 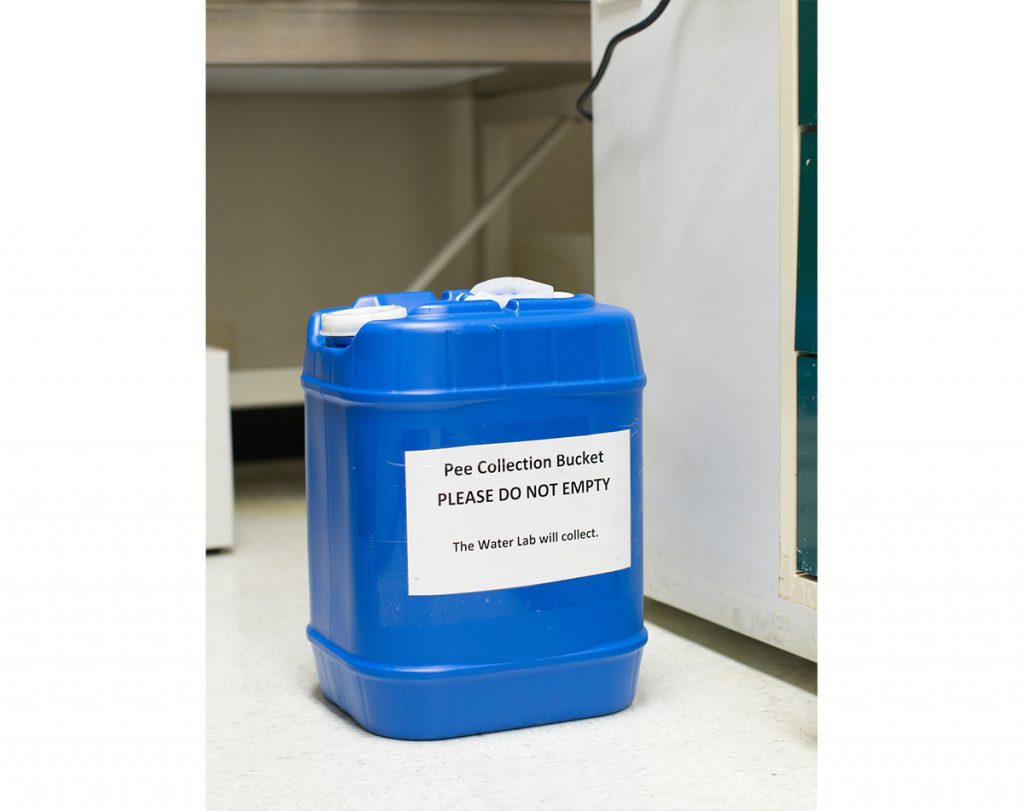 Sound like head-scratching science? It’s all in a day’s work for the MSR team. Currently they’re testing the circuitry cell against a spectrum of urine/fecal sludge mixes to understand the variances they need to account for.

The Research Triangle Institute International will help the Gates Foundation consider this device alongside all the ideas for its toilet of the future.

At MSR, we’re excited to be a part of the toilet of tomorrow and we’ll continue to research and develop ways to improve the lives and health of people around the world.